This book was partially serialized here on the site.

Now you can get it on Amazon.

I’ve enrolled The Consultant in Kindle Unlimited for 90 days… so those of you who are members can read it for free.

The most oppressive regime on earth has taken you prisoner. And they have a mission for you! 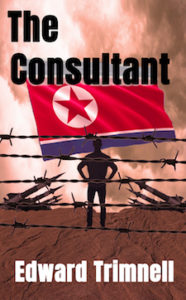 The Consultant is a thriller ripped from real-life headlines, with unforgettable characters and nonstop action!

Get The Consultant on Amazon.com!

view ‘the consultant’ on Amazon