A little about the site…

Edward Trimnell Books uses a variety format. I don’t expect you to like everything here; but hopefully you’ll like at least something here. I add new content to the site most every day.

On this site you’ll find stories of horror, dark fantasy and suspense, in the tradition of the old pulp magazines.

The best way to contact me is by email: ed–@—edwardtrimnellbooks.com.

Now, about me, in as few words as possible. (You can skip this part if you want to.)

I came into the world in August 1968, at the height of the chaotic Democratic National Convention in Chicago.

I was born in Sparta, Wisconsin. I was the only baby in the nursery, or so I am told.

During the 1970s I started attending Catholic grade school in Cincinnati, Ohio. I became a rabid fan of Star Wars in June 1977, when I saw the first of the movies at the cinema with my dad.

I wrote my first stories in the late 1970s. These were all thankfully lost when my mother, frustrated at my failure to do so, cleaned my room one day in 1981.

On the day before Election Day 1976, I made my first wager on politics: I bet my best friend a quarter that Gerald Ford would beat Jimmy Carter. I lost that bet.

The 1980s were my main formative years: junior high, high school, college. During this decade I started running track, and developed a serious interest in writing.

I had a pleasant childhood, and a positive high school experience. Those were fun times.

In 1988 I made another political bet. My grandfather was a lifelong Democrat. (I kept waiting for him to grow out of it; he never did.) I bet him $10 that George H.W. Bush would beat Michael Dukakis. That bet I won by a landslide.

I spent the 1990s working at various corporate jobs. I discovered a love of–and a talent for–foreign languages. I learned Japanese and Spanish. I alternately worked as an interpreter, international sales rep, and mass production components buyer. I traveled extensively to Mexico, Brazil, Japan, and Canada. 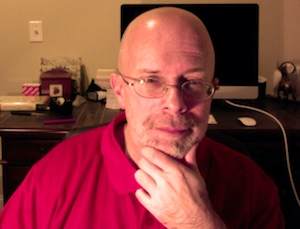 I spent the 2000s working for Toyota. The company taught me many valuable life lessons. Among these was the realization that I am temperamentally unfit to work for Toyota, or any other Fortune 500 company.

The entrepreneurial bug bit me in the 2000s. I wanted to do my own thing.

In this decade I rediscovered my passion for writing and storytelling–which had lain dormant since 1980-something.

I began writing and publishing seriously. The rest, as they say, is history!