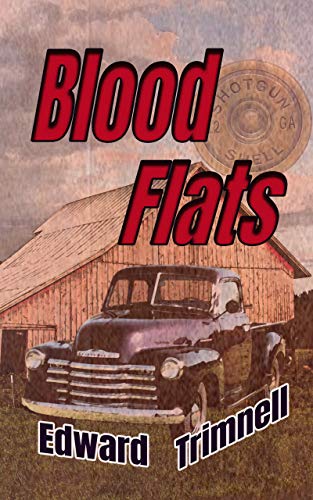 Sometimes old novels need to be be updated in various ways. I recently rereleased Blood Flats with a new cover. I also corrected a few typos that had made it through when the novel was originally published in 2011.

This was my first novel, but I think it’s a pretty good one, nonetheless. (I reread the entire book in September, and I was frankly surprised at how much I enjoyed the story, huge chunks of which I had forgotten over the past decade.)

Blood Flats is the story of Lee McCabe, a former marine who returns to the fictional Hawkins County, Kentucky after serving in Operation Iraqi Freedom. Lee is framed for a drug-related double homicide that he did not commit. He goes on the run, pursued by local meth dealers, mafia men from Chicago, and law enforcement officers with a variety of motives.

I wrote most of this book in 2010, and the events would have occurred in 2009. You’ll therefore notice some differences in the way that cell phones work, for example. Other than that, though, this is a modern story set in the modern world.

Which brings me to the influences for Blood Flats. There were two novels that strongly influenced this book: Cormac McCarthy’s No Country for Old Men, and Larry McMurtry’s Lonesome Dove.

No Country for Old Men might best be described as a period noir crime novel, set in 1980. Lonesome Dove is a long western epic, set in the 1870s.

While writing Blood Flats, I had in mind the bleakness of the McCarthy’s book, and the long, epic journey of Lonesome Dove. The plot of Blood Flats isn’t similar to either of the books that influenced it; but I like to think that some of the moods and themes are similar.

This is my way of saying: If you like No Country for Old Men and Lonesome Dove, you’ll probably like Blood Flats.

Blood Flats is a long book. It isn’t quite as long as Lonesome Dove (about 900 pages). Blood Flats, though comes in at 180,000 words. This makes it about twice as long as the standard 90K-word commercial novel.

Want to know more about Blood Flats? You can either check it out on Amazon, or read the first ten chapters here.