I’ve been following the news about Blinkist, the new app that promises to deliver “the key ideas from bestselling nonfiction books in just 15 minutes”.

The premise of Blinkist is that no one has time to read anymore. We’re all just so distracted nowadays, and our attention spans are so short. So we need things like…Blinkist.

But why is that, exactly?

Work? Yes, most of us have jobs. But did people not have jobs in 1999? Or 1979?  As I seem to recall, the job is not exactly a twenty-first century innovation.

But who has time to read an actual book…when there’s all those updates on Facebook…and did you hear about that latest outrage on Twitter? And you’ve got loads of text messages coming in….all of which are urgent and important, of course.

Just the other day, I was driving in suburban Cincinnati, when a woman about my age drove through a red light and nearly ran into me.

She wasn’t drunk or high. She wasn’t fleeing from the police.

She was talking on her frigging cell phone.

Yes, I understand that things change. I don’t expect this to be the America I grew up in anymore. But maybe this mantra about the inevitable shortening of the American attention span is something we ought to resist a bit more.

Do we really need an “app” to condense books for us? Or do we need more time with books, and a bit less time with cell phones and their many “apps”?

There are now paperbacks available on Amazon for all of my horror and most of my thriller titles.

I’ve been surprised to find that, despite the Kindle being over ten years old now, many readers still prefer to read on old-fashioned paper.

Which is fine with me. I’m rather attached to reading on paper myself.

Check out the paperback edition of 12 Hours of Halloween on Amazon! 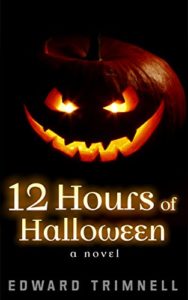 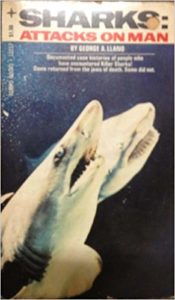 A quick book recommendation for you, based on my current and recent  reading….

I decided to take a chance on Nora Roberts’ recent novel, The One.

I say, “take a chance,” because while I’ve been aware of Nora Roberts for years (she’s been publishing since the 1970s), I’ve always considered her to be something of a romance author.

Straight men and romance fiction. You know how that goes. Oil and water.

The One certainly has more romance content than this reviewer would like. But this isn’t a Danielle Steele novel. From the perspective of a male reader who generally prefers writers like Michael Connelly and the late Michael Crichton, The One isn’t half bad.

This is the set-up: A plague (a particularly virulent version of the avian flu that so terrified everyone a decade ago) sweeps the earth and kills most of the population.

Some people are immune, of course. (Otherwise, there is no story.)  Those who are immune have dormant magical powers, that are awakened in the aftermath of the catastrophe.

The One, then, is part post-apocalyptic, part urban fantasy, and (yes) part romance fiction.

On the whole: not bad.

Did this novel convert me into a raving Nora Roberts fan?

No. But then again, I’m not in Nora Roberts’s target audience, am I?

After The One, might I read another Nora Roberts title in the future?

Perhaps. It would probably depend on how intrigued I am with the description and opening chapters.

3.) For the details on #1 and #2 above, please see this page: Your privacy, terms of use, and legal gibberish.

Amazon Key: convenience and a $10 gift card with your first order!