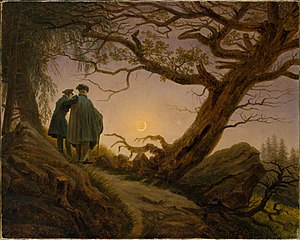 I thought it was time to revisit the characters and world of the original Dracula.

I read this book once back in 1987, when I was nineteen. I enjoyed it then, and I liked it even better the second time around on audio.

Here are a few random observations, in no particular order:

In the years since 1987, I’d been told that Dracula contained “sexual overtones”. When you’re a nineteen-year-old male, everything is sexual by default (testosterone), so I suppose I didn’t catch the sexual overtones then. I did in this recent reading, as a 52-year-old.

Bram Stoker wrote Dracula in the 1890s, at the high point of the Victorian era. It’s been said that the Victorians were sexually repressed. I don’t know about that. In Dracula, however, the sexual anxieties are pretty thick from the beginning.

This starts with the three vampire sisters that bedevil Jonathan Harker early in the book, in Castle Dracula. The female vampires of Bram Stoker’s novel are female vamps. Their lure is sensual. When Lucy Westenra is transformed into the undead, her appeal is partly sexual, too.

Dracula himself, meanwhile, has a quasi-sexual hold on his female victims. (I noticed this time around that the Dracula of Stoker’s novel only preys on women—the three sisters in the castle, Lucy Westenra, and Mina Harker.)

There is a scene in which Dracula forces Mina Harker to drink blood from his body. The sexual metaphor here is hard to miss.

Which version of the vampire is faithful to the original Dracula? All of them, really.

I have always disdained the so-called “sparkling vampire”, a la Twilight.  I much prefer the monstrous vampires of Stephen King’s ‘Salem’s Lot.

Here’s the thing, though: Bram Stoker’s Dracula is a little of both. It truly is a matter of interpretation. As I was reading Dracula, there were times when I thought that the Transylvanian count was a bit too human, a bit too suave. I wanted him to be more of monster.

But….millions of Twilight fans would probably disagree with me on that.

This really is a good novel.

There a few plot holes, yes, and a few “jump the shark” moments. It is possible, though, to overanalyze any movie, short story, or novel and find a few implausibilities. Moreover, this is speculative fiction, so it already requires a certain suspension of disbelief.

Dr. Van Helsing’s attachment to Mina Harker is overdone, for one thing. From the moment he meets Mina, Van Helsing gushes about how virtuous and noble she is. (Speaking of sex: I often found myself thinking: Van Helsing wants to sleep with Mina, but he’s too repressed to admit it.)

But that’s a modern, post-sexual revolution interpretation. Stoker’s intention (I would guess) was to establish Mina Harker as the epitome of virtuous womanhood. He decided to mostly accomplish this through Van Helsing’s observations of her.

This is fair game, in a story. But once again, Stoker overplays his hand.