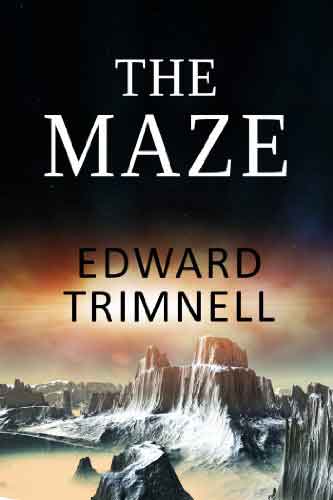 The Maze is an i-sekai web novel that I originally conceived and wrote in 2013. A new version of the book will be released soon.

Let me tell you a little about The Maze (and i-sekai novels in general).

I-sekai（異世界）is a Japanese compound word that means “other world”.

As a genre of fiction, i-sekai is also called “portal fantasy”. The basic setup is this: A character (or characters) from our everyday reality enters a parallel world through a magical portal. On the other side they have various adventures—often of the deadly kind.

The Maze is the story of three corporate salespeople–Amanda, Hugh, and Evan—who enter another world through the portal of a seemingly normal office complex called Lakeview Towers.

Oh, and some interesting and deadly people, too.

The Maze is a dark portal fantasy for fans of Neil Gaiman’s Neverwhere.