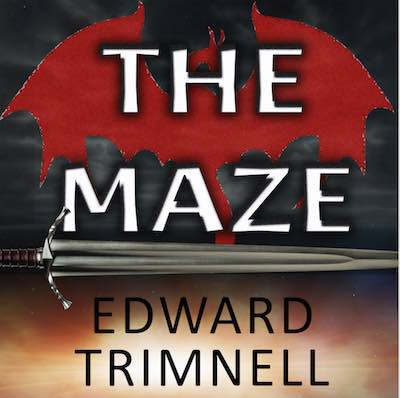 THREE ORDINARY PEOPLE STEP INTO THE WORLD OF THE MAZE, WHERE DANGER LURKS BEHIND EVERY DOORWAY…

Amanda Kearns, Hugh Jackson, and Evan Daley were expecting another routine day on the job. But the Lakeview Towers office complex hides a secret—a hidden passageway that plunges the unwary into a labyrinthine network of endless, twisting hallways: the Maze.

Trapped inside the Maze, Amanda, Hugh, and Evan must battle their way through perilous corridors filled with half-man, half-wolf beasts called “manwolves”, killer robots, and demonic wraiths known as “watchers”. But that is only the beginning.

On the other side of the Maze, a group of ragtag rebels struggle against a tyrannical demigod known as the Director. The Director is determined to enslave or annihilate everyone within his reach, using a combination of worldly and unworldly weapons.

A riveting emotional tale wrapped within a fantasy adventure, THE MAZE is sure to appeal to adult readers who fondly recall childhood “parallel universe” stories like “Through the Looking Glass” and “The Chronicles of Narnia”.

THE MAZE is available at Amazon in both print and Kindle!