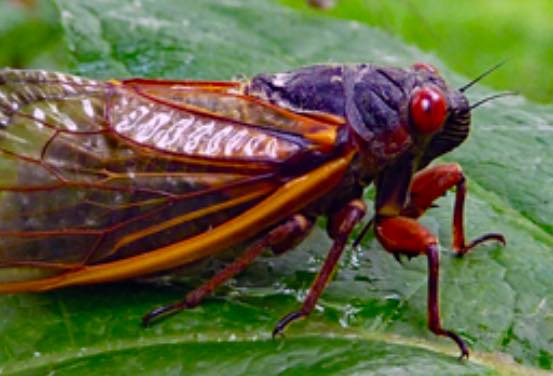 There has been a lot of talk in the media of late about the upcoming emergence of Brood X, the next great wave of cicadas. And—in keeping with the spirit of these traumatized, triggered times—some people are now coping with severe cicada anxiety as they wait for the appearance of the red-eyed insects.

For me, any mention of cicadas takes me back to 1987. That was another major outbreak year. I was then 19 years old, and a student at the University of Cincinnati. As this contemporary article from the Los Angeles Times notes, Cincinnati was a major hotspot for the short-lived, unprepossessing bugs.

The cicada mania of 1987 even inspired the song, “Snappy Cicada Pizza”.

Let’s return to the issue of cicada anxiety. I can’t say that I like cicadas, or that I would be pleased to come home and find a swarm of them inside my house. But they don’t cause me anxiety, either.

I sympathize, though, with the cicada-anxious. I have an extreme aversion toward wasps. My lifelong dislike of wasps even inspired a short story, “The Wasp”, which you can read here on the site.