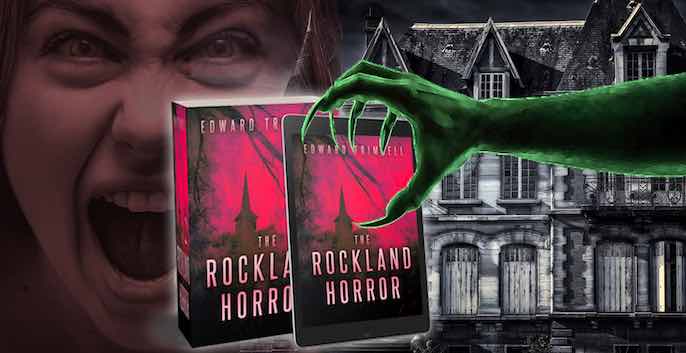 The third installment of The Rockland Horror saga is now available on Amazon:

The year is 1917. In faraway Europe, the Great War rages on. The world waits anxiously to see if U.S. President Woodrow Wilson will take America into the conflict.

By now, the events of 1882 are fading into the stuff of legend, for all but the town of Rockland’s oldest residents.

But a few still remember what happened.

And the old horrors are back. A road excavation on Washington Hill unearths a ghastly mass grave on the grounds of the unoccupied and decaying Briggs House.

Meanwhile, the house draws an infamous (but never identified or captured) serial killer. The Briggs House inspires him to kill again…and again.

Join the 75-year-old Bill Cartwright, the middle-aged Louisa Goodwin Daniels, and Constable Elias Conklin, as they fight a terrifying and climactic battle with the dark forces of the Briggs House.

Evil things from the first chapter to the last!

View THE ROCKLAND HORROR 3 on Amazon!