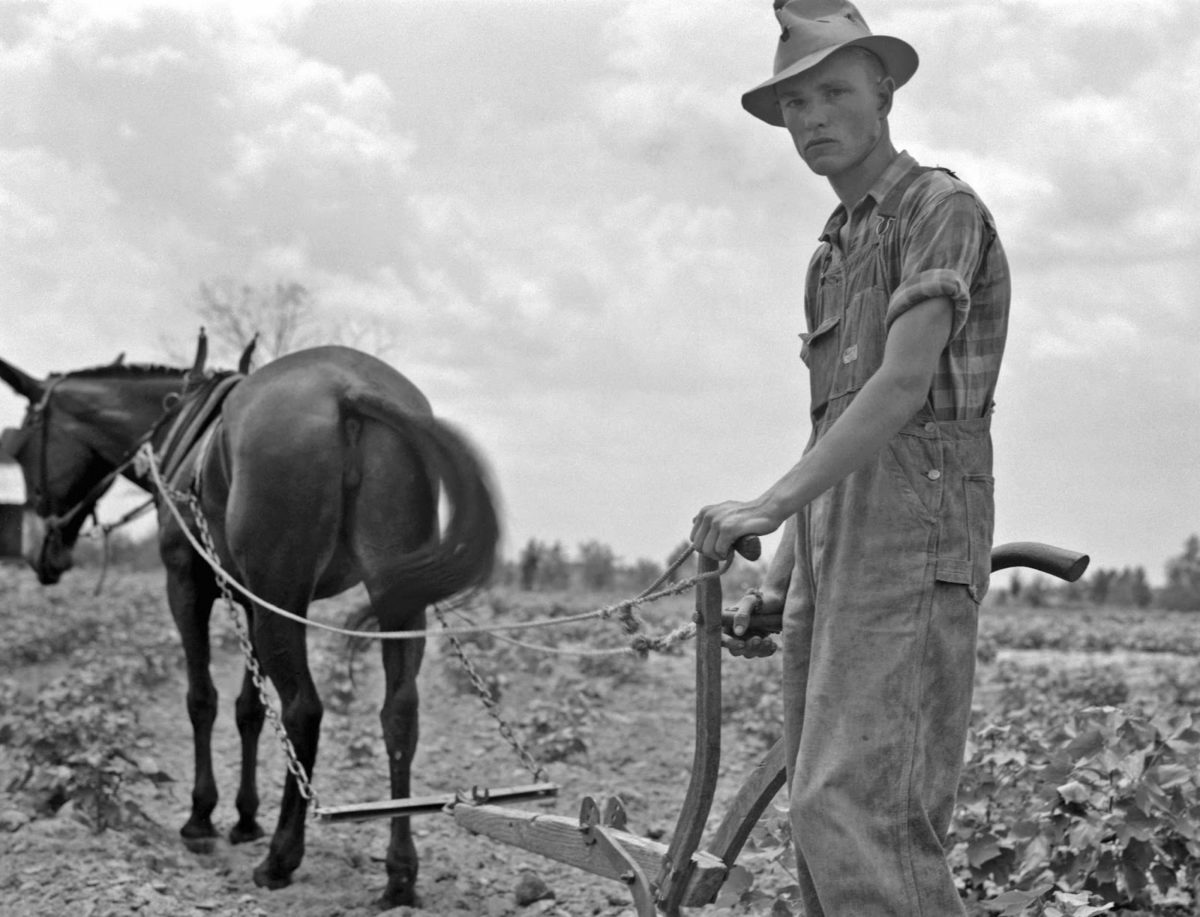 Digital sharecropping is a term coined by Nicholas Carr back in 2006, when he described how the owners of online platforms had convinced millions of people to create free content for them…which they could subsequently monetize:

What’s being concentrated, in other words, is not content but the economic value of content. MySpace, Facebook, and many other businesses have realized that they can give away the tools of production but maintain ownership over the resulting products. One of the fundamental economic characteristics of Web 2.0 is the distribution of production into the hands of the many and the concentration of the economic rewards into the hands of the few. It’s a sharecropping system, but the sharecroppers are generally happy because their interest lies in self-expression or socializing, not in making money, and, besides, the economic value of each of their individual contributions is trivial. It’s only by aggregating those contributions on a massive scale – on a web scale – that the business becomes lucrative. To put it a different way, the sharecroppers operate happily in an attention economy while their overseers operate happily in a cash economy.

When Nicholas Carr wrote the above paragraph, social media as we know it today was still in its infancy. The concept of digital sharecropping is worth examining in the context of 2019, now that social media has become the virtual cancer of the Internet.

Like most of you, I have a personal Facebook account that I use to keep in touch with my old high school classmates and work colleagues.

I write a fair amount of content in my personal Facebook page. I do not consider this digital sharecropping, because almost all of this content involves inside-group discussions that would have no meaning whatsoever to anyone who isn’t part of my various inner circles (school, work, family, etc.)

Digital sharecropping involves content that you create for public consumption.

Wikipedia, on the surface, is the purest example of digital sharecropping. Wikipedia contributors not only write for free, they write without any recognition or attribution whatsoever.

Wikipedians aren’t in it for money or recognition, though. They are committed to the development of Wikipedia as a vast utopian project, and they don’t mind toiling away in anonymity.

There seems to be an esprit de corps among Wikipedia contributors, which, quite frankly, I do not understand. (If I’m going to take the time to create content online, it’s going to be mine, with my name on it.)

But they know what they’re getting into, and it apparently works for them. I suspect that Wikipedians are the kids who, in high school, eagerly volunteered to work on the class homecoming float.

Wikipedia, moreover, has no discernible revenue model. The head of whole thing, Jimmy Wales, has a net worth of about $1 million.

Granted, this is a lot more money than many of Wikipedia’s worker-bee contributors have in the bank; but in comparative terms, it’s peanuts. Mark Zuckerberg has a net worth of $66 billion. Jack Dorsey (CEO of Twitter) has a cool $5.5 billion.

Whether or not an ersatz, mediocre online encyclopedia that clogs Google search results is the world-saving thing that Wikipedians believe it to be, Wikipedia clearly isn’t a nefarious money grab. The site seems to rely on an annual fund drive for voluntary donations, in fact.

(As the above paragraphs might suggest, I have some very mixed feelings about Wikipedia, but that’s another topic for another time.)

Once again: that’s billion—with a “b”.

It wasn’t so long ago that everyone who was motivated to write online aspired to have an independent blog that earned some money by serving Google Adsense ads…or maybe Amazon Associates link.

That’s a tough way to get truly rich, but it’s not a bad formula for a respectable side income. During the 00s, I ran a website devoted to the study of the Japanese language. I didn’t get rich off the endeavor, but I did enjoy a monthly ad revenue in the high hundreds, sometimes low thousands, of dollars.

Creators no longer measure success by visits to their websites, but by their numbers of Twitter followers.

As Nicholas Carr pointed out back in 2006, creative types are motivated by attention, not money. The owners of the social media platforms grasp this—and are eager to exploit it.

We’ve all drunk the social media Kool-Aid, in other words.

How to use social media as a creator without digital sharecropping

Does this mean that the creator should avoid social media platforms completely?

Not necessarily. But as a writer (especially) you should never make a social media site the basis of your online platform.

Think of each social media presence as an outpost or a method of outreach…nothing more.

I don’t have many Twitter followers; and I don’t get a huge amount of traffic from Twitter. But I also don’t put much time into it.

What I refuse to do is spend hours composing glib, 280-character tweets that will be relevant for a few hours, at best, on the Twitter platform. Nor do I invest much time arguing with anonymous Twitter profiles about politics (or whatever).

For me, Twitter is good for posting links, and not much else.

Facebook is not even good for that anymore. Approximately two years ago, Facebook began to reduce the organic reach of publishers. This means that even if someone has “liked” your page, they won’t see your posts.

Facebook is now almost useless for anyone who is a creator—except as a paid ad platform.

What about YouTube? Later this year, I plan to record some of my short fiction, convert the recordings into MP4 video files with graphics, and upload them to YouTube. This will be the basis of my YouTube presence.

The audio files will be the same ones I’ll be using for a future audiobook project.

And I’ll be directing everyone who views them back to EdwardTrimnellBooks.

There is one social media platform that I refuse to have anything to do with: Reddit.

“….a general rule of thumb is that 10% or less of your posting and conversation should link to your own content…” -the Reddit overlords

What Reddit is saying, basically, is that you need not even think about aspiring to anything beyond digital sharecropper status if you use the site. Every bit of your effort must be applied toward increasing Reddit’s ad revenues. (Reddit’s ad revenues will top $100 million this year in the US market alone….There’s no question what the “10 percent rule” is really all about.)

Social media has its uses. It is great for keeping track of your personal contacts. I know people who have found new jobs and new business opportunities on LinkedIn.

But creatives should not invest hours and hours churning out unique social media content that a corporate aggregator is going control—and ultimately profit from.

When assessing your social media strategy as a creative entrepreneur, think outpost, not home.

Your online home should a space you own—where you set the rules, and earn the profits.

Mark Zuckerberg and Jack Dorsey have plenty of money already. Reddit, moreover, will get plenty of page views without you adhering to the site’s manipulative “10 percent rule”—and working for them as an unpaid intern.