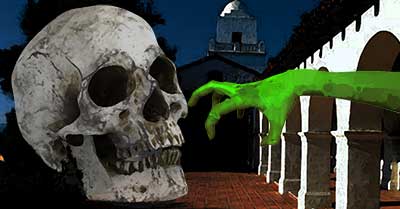 “I know not how it was—but, with the first glimpse of the building, a sense of insufferable gloom pervaded my spirit”

-Edgar Allan Poe, “The Fall of the House of Usher”

I graduated from a state university in Ohio with a degree in English and a restlessness to see the world, to have great adventures. Isn’t that what young people are supposed to do?

But the concrete options that lay before me were considerably more mundane.

On one hand, I could have gone to work in the family business: a small chain of modestly successful dry cleaning shops in Dayton. But I had no interest in the dry cleaning business. My father had dragooned me into service there during the summers of my teenage years; and I cringed at the memories of the chemical smells, the fussy customers, the monotony.

Or I could have opted for that timeless choice of the overly educated but essentially directionless: I could have gone to grad school.

But none of these narrow possibilities would have represented any real break with the life I had known thus far. They were all variations on familiar themes: school and work, school and work.

I decided, therefore, to go abroad. I knew that the world was hungry for the English language. I would go abroad as an English tutor.

It took only a few months for me to line up an opportunity through an international agency that specialized in such matters. It was decided that I would spend six months in the Mexican state of Zacatecas, in the mountains of north-central Mexico, where the Spanish had once mined silver.

I would live at the private estate of a man named Raul Garcia, a businessman in his mid-forties. Señor Garcia had four children between the ages of fourteen and nine. Their names, I was told, were Ana, Maria, Felipe, and Reinaldo. My task would be to give them private, intensive instruction in my own language.

I knew very little about what Mr. Garcia actually did as his occupation. My contact at the employment agency said that Mr. Garcia had “various business interests” in Mexico. I required no further explanation. This, after all, was to be an adventure.

Not long after that I boarded a flight that terminated in the airport in Zacatecas, the city that bore the same name as the state. Even from the window of the plane, I could see that it was a beautiful place. Zacatecas was nothing like the arid desert regions near the U.S. border. Nestled atop a high plateau and rimmed by the peaks of the Sierra Madre Occidental mountains, the place struck me as vaguely European and Mediterranean.

I was met by a uniformed driver who worked for Raul Garcia. The driver was waiting for me just beyond the customs inspections section of the small airport, in the arrivals area. He carried a handwritten sign that bore my name. He was friendly enough, but he spoke little English. My high school and college Spanish was suitable for basic tasks, but I was still shy about using it. As a result, the driver and I had minimal communications. He directed me to a spacious black sedan that he had parked at the curb outside the main entrance of the airport. Without any discussion of the matter, he lifted my luggage and placed my bags into the trunk of the car.

We left the city as the late afternoon sun was waning, and drove up a twisting mountain road. The hilly, rocky scenery was timeless. I thought of Spanish conquistadors, Aztecs, and sixteenth-century silver mines.

We arrived at the estate of Raul Garcia just as late afternoon was fading into dusk.

The estate was surrounded by a high stone fence and a wrought iron gate. There were two security guards at the gate. Both men wore dark blazers that failed to conceal the semiautomatic pistols they carried.

I wasn’t particularly alarmed by this sight. Raul Garcia was obviously a wealthy man; and I knew that in Mexico the wealthy often employed private security forces out of sheer necessity.

One of the guards pushed a button on a metal panel mounted into the stone fence. The wrought iron gate slid open and the other guard waved the car through.

The main yard, or compound, of the Garcia estate was dotted with mountain pine trees, and yew trees, and trees that I could not identify: trees that draped moss and cast long shadows. And of course there were the yucca and agave plants that reminded me I was in Mexico. There were flowering shrubs; but I could not make out the colors of the blossoms in the failing light.

The main house was large and built in a classical Spanish style: Lots of curves and arches, a terra-cotta roof, and ornamental iron work. Along the front face of the house was a series of arches comprising a long arcade.

The main house was not the only structure in the compound: There were two guest houses off to one side, and several smaller buildings that were likely used for storage and utilities.

There was a circular turnaround at the end of the main driveway. The front door of the main house, large and fashioned from dark wood, hid a new world of possibilities. The sedan came to a stop here; and I stepped out of the vehicle.

The driver moved in front of me and pushed the front door open. Then he went behind the car to retrieve my bags.

I had been expecting Señor Garcia himself to greet me, and perhaps the entire family. I had imagined a warm scene in which the four children, the parents—and myself—became acquainted upon my arrival, exchanging greetings and personal information in a mixture of Spanish and English.

But the interior of the house was silent. The front door opened into a vast room with a high ceiling. From where I stood in the foyer I could see the interior balconies of the second floor.

She was wearing a black maid uniform with a white collar and a white apron. She was about my age—somewhere in her early twenties. Pretty, with long dark hair tied into a bun, and striking brown eyes. I was immediately drawn to her. I might have fallen for her in that very first instant.

She nodded. “Mark.” She gave me a smile, but that smile was subdued and brief. Something preoccupied her, though as yet I had no idea what. “My name is Marisol.”

“Pleased to meet you, Marisol.” A pause. “Are the Garcias here?” I asked.

“You will meet them tomorrow,” she said. Now I heard the driver bringing my bags inside. I turned to him and said, “Gracias.” He barely acknowledged my thanks with a nod, and departed.

“I will show you to your room,” she said. “En una de las casas de huespedes.”

In one of the guest houses…

I thought it a little strange, perhaps even a little rude, that I was to get no more of a reception on the night of my arrival. But I couldn’t say this.

“¿Tiene usted hambre? I could have one of the cocineros make you something.” She finally realized that she had been speaking half in Spanish, half in English. This was to become our way of communicating.

“Está bien,” I said. “Entiendo.” It’s okay, I understand. “I’m not hungry and there’s no need to bother one of the cooks on my account.”

I said this latter in Spanish, getting some of the words wrong, I was sure, while successfully communicating the general idea. I had been traveling all day; my fatigue was finally catching up with me.

“There’s only two of them,” I said. “No need.” It had always been my habit to travel light.

I was to see no more of the main house—at least for that night. I followed Marisol out the front door, then along a stone walkway to one of the guesthouses, which had clearly been prepared for me. It was not a great distance; but it was far enough that I would not live in the constant view of the Garcia family.

The main walkway came to a fork: my guesthouse along one branching path, the other guesthouse down the opposite one.

“No—this one!” Marisol said, when my eagerness almost carried me down the wrong path.

The guesthouse was what you might expect: More Spanish architecture, but of a much plainer, miniaturized scale. Marisol opened the door of my dwelling and handed me the key.

“There is some food in the little refrigerator if you change your mind about being hungry,” she said. “Not much, but the cooks make a big breakfast.”

The cooks, I thought. What would it be like to live with a phalanx of servants at your beck and call?

Marisol paused on the threshold. She was not going to come inside. Well, what had I been expecting?

Despite my exhaustion and the unfamiliarity of the surroundings, I would have liked to have talked more to this Marisol. But I told myself, No need to rush. There will be plenty of time.

She left me with a nod and a “Buenas noches.”

Unbeknownst to her, I watched her return from just inside the half-open doorway. At the fork in the path, she paused, as if it were an involuntary motion, and looked in the direction of the other guesthouse.

Then she did the most curious thing—from my perspective at the time. She crossed herself, in the standard Roman Catholic way. Then she continued her walk back to the main house.

This short story is included in the collection I Know George Washington: Five Dark Tales. This book is enrolled in Amazon’s Kindle Unlimited program!