I lived with my parents in a little red brick ranch house in a small suburb. The land on which our house was built had been cleared from farmland in the late 1940s, during the postwar housing boom (which reached even Clermont County).

Our house was about fifteen hundred square feet, no basement. It was the first house my parents ever owned, and—as things turned out—the only one they would ever own.

It was Saturday, so my dad’s tan Ford pickup truck was in the driveway. My mom’s little Maverick would be in the garage.

My father was a production line manager at one of the Ford plants that used to exist in the Cincinnati area. My parents only purchased Ford Motor Company products.

I felt a little guilty for having bought my used Pontiac Bonneville. But since that was a used car, it was technically permissible.

I pulled my car into the little concrete pull-off space on the left side of the driveway. I could still recall the day, the previous September, when my father and I had made the pull-off. We peeled back the turf, and then we mixed, poured, and leveled the concrete. Afterward, we each had a single bottle of beer in the late afternoon heat. Just the two of us. 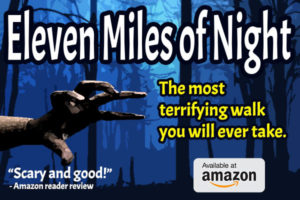 When I walked in through the front door, I found my parents both in the living room.

Dad was sitting in his La-Z-boy recliner. He was smoking a cigarette.

My dad was in his mid-fifties, but he still exuded the vibrancy of a relatively young man. He was tall and broad-shouldered. He was a World War II veteran—and not just any World War II veteran. My dad had been among the men of the U.S. Army’s 29th Infantry Division, the one that landed on Omaha Beach on June 6, 1944—otherwise known as D-Day.

Although I never would have expressed the idea in so many words, I would have assumed that my dad was going to live forever. His only Achille’s heel was his cigarette habit: He went through a whole pack of Pall Malls everyday.

Mom was sitting on the couch, working on one of her knitting projects. She had not served in World War II, but her hardscrabble childhood on a Kentucky farm had been filled with manual labor and marginal deprivation. She told stories of raising chickens and selling their eggs to help her parents make ends meet.

No one would have described my brown-haired, grey-eyed mother as beautiful, but she was small, and neat, and somehow dignified. A fifty-four year-old woman who carried every one of her years in the crow’s feet and incipient wrinkles that creased her squarish face.

They were both made of a heartier stock than I was made of. But today there was something bothering them, and I could tell as soon as I walked in. 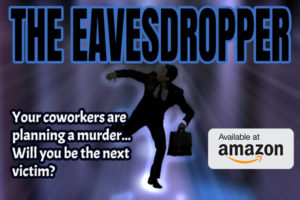 They said hello to me, and even made a show of cheerfulness.

Then they grew silent and immediately locked their faces on the television again.

“Everything all right?” I asked.

Even though this was a Saturday, they were watching a news program. Politics, of course. Nineteen seventy-six was an election year. The two major political parties were both holding conventions later in the summer.

The GOP was in disarray. After the resignation of the disgraced Richard Nixon two years earlier, Gerald Ford—an appointee—had assumed the White House. He was widely favored to head the Republican ticket in 1976; but he was facing an insurgent campaign from Ronald Reagan, an ex-actor and former governor of California. The Democratic frontrunner, meanwhile, was Jimmy Carter, an ex-governor of Georgia.

“Neither the Democrats nor the Republicans are worth a damn anymore,” my dad grumbled.

My parents had been Democrats for most of their lives. Then the Democratic Party became associated with the chaos of the 1960s student protest movement, and my parents became Republicans.

And then Watergate happened, and the Republicans offered no refuge, either. Like most Americans, my parents were disillusioned with both parties, and pessimistic about the state of the country.

“Everything okay?” I persisted. “Besides the whole world, that is?”

My dad, who usually liked to joke around, merely grunted in response. My mom, too, barely acknowledged my remark.

“Because I get the feeling that something’s wrong,” I said.

My mom looked across the room at my dad. He shook his head at her implied question. Then she looked down at her knitting again.

“I’ve known both of you for my entire life,” I said, “and I can tell that something is up.”

My dad took a drag on his cigarette, looked at my mom and shrugged. On the television, a CBS anchorman was talking about Jimmy Carter.

My mom exhaled loudly and dropped her knitting into her lap.

“If you must know,” she said, “your brother stopped by earlier.”