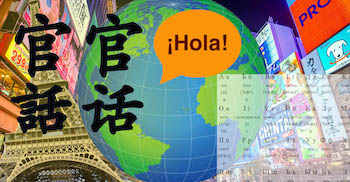 If you have picked up this book, then it is safe to assume that you already have your own reasons for wanting to learn another language. Perhaps your company is about to begin a joint venture with an Austrian company, and you are musing about brushing up on the German you studied in college. Alternatively, you might just be looking for one more “edge” to add to your resume. Or maybe you witnessed another English speaker rattling confidently away in a foreign language and you thought, “Wow, that looks like fun!—Could I learn to do that?” Whatever the source of your interest, you likely already have that first spark of motivation.

Nonetheless, enthusiasm for self-improvement initiatives often fades. (I wish I had a $10 bill for every New Year’s resolution that I’ve broken over the years.) Although the novelty of a new undertaking can be intoxicating, at some point it becomes work—and you will need solid reasons to continue forward. Alternatively, a coworker or a relative may ask you, “Why are you spending your valuable spare time learning French?”  After all, there is a lot to compete for your time. Moreover, you are about to begin an endeavor which will consume not only time—but effort, and a moderate amount of money. It is important for you to take your first step on the journey with a firm sense of commitment.

In the English-speaking world, the importance of language study is by no means accepted as self-evident. The percentage of native-born Americans who can actually speak a foreign language is abysmally small. The exact numbers are hard to come by, but ask yourself: among your friends, family members and professional colleagues who were born in the United States, how many could hold a conversation in any language besides English? Few readers will know more than one or two people who fulfill these criteria—and the majority will not know a single native-born American who can pass the test.

Volunteers at Oklahoma State University recently conducted a “Language Ambush” project in order to gain some measurement of language skills among students on the OSU campus. Language Ambush volunteers approached OSU students and asked them a simple question (such as the time) in a foreign language like German, Japanese, or Spanish. Only six percent passed the test. Keep in mind: this experiment was conducted in an academic environment. In the general population, it is likely that fewer than one percent of respondents would have been able to pass the test.

Monolingualism has costs. In his 1987 book, The Tongue-Tied American: Confronting the Foreign Language Crisis, Senator Paul Simon reported that 200,000 Americans miss out on job opportunities because they do not know a foreign language. And that was in 1987—before the fall of communism, the rise of China as an economic power, or NAFTA. Given the growth of global business since the late 1980s, it is reasonable to assume that the number would be many times higher today. Moreover, missed job opportunities are only part of the economic cost involved. Monolingualism is a fundamental shortcoming that impedes American professionals who must manage, sell, and negotiate in the global marketplace.

Conventional wisdom would suggest that Britons would have high rates of bilingualism and multilingualism. After all, Great Britain is part of the linguistically diverse European Union. Such hopes are quickly disappointed by the data: The United Kingdom is the most monolingual country in the EU. When dealing with the rest of the world, the average Briton—like the average American—must rely on others to translate and interpret.

A study conducted by the British House of Lords in 2005 found that poor foreign language skills in Britain have begun to affect the nation’s economic performance. A major British newspaper reported a “deeply disturbing” lack of language skills that threatens to leave Britain unable to ‘protect our interests’ abroad and to compete economically in Europe.”

Why does this situation exist in the English-speaking world? There are a handful of reasons—some obvious, some more arcane:

The belief that “everyone in the world speaks English”

This misconception is vast and multifaceted, and the next chapter is dedicated to examining it in detail. As a preliminary remark, note two points: 1.) The whole world does not speak English. Rather, much of the world knows some English, and  2.) Even when you are dealing with people who have skills in English as a secondary language, there is much to be gained by the ability to resort to their language when necessary. (The full implications of this point will become clear in Chapter 7.)

Great Britain is an island. The United States is surrounded by oceans to the east and west; and our northern border is occupied by a sparsely populated country that also speaks English. Australia is an island continent in the Pacific Ocean. New Zealand and Canada are similarly isolated by geography, when compared to the interlocking, tightly clustered nations of continental Europe.

The Internet and modern air travel have made geographic isolation a less significant factor than it was at the beginning of the last century; but the psychological effects of geographic isolation have a long half-life. This is especially true in the United States, where much of the population still lives in relatively wide open, isolated spaces.

The English-speaking peoples are arguably the freest, most prosperous people on Earth. I personally am thankful for this; I am not an apologist for the triumph of Western Civilization or American culture. Nonetheless, it would be myopic and ultimately delusional to ignore the rise of China, Japan, Brazil, and other non-Anglophone nations to world power status. This means that learning the languages of these nations is worth our time and effort.

A mistaken perception that languages are “only for linguists”

Japanese managers accept language skills as part of the “total package” that a modern professional should possess. I know Japanese managers who have learned English, Portuguese, Thai, and a host of other languages for business purposes. During the mid-1990s, I spent a great deal of time in Japanese-owned automotive plants throughout Mexico. Almost every Japanese manager I met was able to hold a conversation in Spanish.

Many American managers, however, believe that languages are too “artsy” for the hard-boiled world of factories and boardrooms. As one American manager whom I met expressed it, “If you exhibit foreign language skills, then you somehow get labeled a linguist rather than someone with business skills.”

I have taken international business classes at the graduate level, and I have yet to find a textbook that considers the proper role of language skills for a modern professional. Under the current orthodoxy, there is an assumption that English-speaking professionals must rely on the language skills of others.

A foreign language is certainly not something that you can master overnight. Unless you are unusually gifted (or have nothing else to do but study languages), you will need to spend a number of years on the endeavor. The exact amount of time required will depend on the language you choose (more on this later), the time that you can devote to the effort, and your enthusiasm for the project.

In most cases, the part-time, self-directed learner can achieve basic competency in one or two years. More advanced competency arrives with one to three years of additional effort.

Although the above numbers add up to as many as four years, an important qualifier is in order. Do not discourage yourself by imagining the journey as a long, fruitless struggle, at the end of which you will acquire the golden fleece of fluency. Language acquisition is a gradual process—and there are lots of satisfying milestones along the way.

You will begin to have fun with your skills after just a few months of study. At first you will be limited to greetings. Then you will be able to carry on simple conversations. Over time, your conversations will grow more complex. Finally, it will be a matter of moving from proficiency in your new language to the status of a highly articulate speaker.

Some may balk at the idea of spending two to four years to reach their goals in a language. But this is simply the price you must pay to learn any worthwhile skill. It takes at least a couple of years to learn how to program a computer, or to perform advanced accounting operations, or to do just about anything for which someone will pay you. Once you do learn your language, you will then have a skill that will never become obsolete. Moreover, you will be pleasantly surprised to discover that your language skills can be successfully combined with the expertise and experience that you have in other areas.

“You can always hire an interpreter.”

An interpreter is a good solution to your communication needs while you are still getting up to speed in your new language. When the language-related need is particularly urgent, and you don’t yet speak the other language yourself, you have to call in specialized help. Interpreters (those who convert spoken content from one language to another) and translators (those who convert the written language) provide valuable assistance to thousands of businesses every year.

However, even the best interpreters have their limitations. Most business discussions require extensive knowledge about a particular industry. It may be difficult to locate an interpreter who has the knowledge and background needed. In order to use the interpreter’s services effectively, you will probably have to spend some time briefing her about the details of your business, which takes more time, and leaves a considerable margin for error. If the discussions involve extremely complex matters, it may be impossible for you to give her enough background knowledge to handle the discussions smoothly.

Cost is also an issue. Experienced interpreters with expertise in a particular area charge a high hourly rate. Most interpreters work as independent contractors, so you will also have to pay for expenses such as mileage, parking fees, etc. If an international project is going to last for months or years, then an interpreter’s services may be prohibitively expensive.

Moreover, an interpreter is an awkward medium for developing a rapport with someone. Although interpreters are sometimes hired to attend business dinners and other after-hours social events, communications through an intermediary usually have a stiff and artificial quality. Speaking directly in another language is much more personal—and much more effective.