Not nearly as bad as I expected…

I vaguely remembered seeing this movie back in the 1990s. When it came on cable the other day, I thought, Sure, why not?

From Dusk Till Dawn is a movie about a pair of bank robbers on the run, who kidnap a preacher and his two teenage children to serve as hostages. They take the unwilling family to Mexico–to a sleazy strip bar, to be exact.

Oh, and then the vampires come in. Yes, really, that’s the setup, in a nutshell.

From Dusk Till Dawn is a movie that should be really, really bad. It is part of the comedy-horror genre, which I usually don’t like.

But as it turns out, From Dusk Till Dawn is only a little bit bad. There are some cheesy scenes, and some politically incorrect sex jokes that wouldn’t pass muster today.

Nevertheless, for the type of movie that it is, the plot and pacing are good, and there is some decent character development.

I don’t mean to give you the impression that this is the cinematic equivalent of War and Peace. What I am saying: it isn’t horrible.

The movie stars George Clooney before he became political and annoying. It also stars Quentin Tarantino, who is as creepy in front of the camera as he is creepy and tasteless behind the camera.

Get From Dusk Till Dawn on Amazon.

You can’t beat Rush. This song is the most popular track from the band’s Permanent Waves album (1980).

Many Rush songs are less than radio-friendly. This one is the perfect length for radio play. It’s also fun, and upbeat and (unlike some Rush songs) instantly accessible.

A personal note here: I took guitar lessons in the early 1980s, and I did learn how to play the guitar portion of this song on my old Peavy electric guitar.

My maternal grandmother’s people emigrated from County Cork, Ireland to Maysville, Kentucky during the 1840s famine years. Partly because of this personal connection to Ireland, I’ve long had an interest in all things Hibernian.

I’ve toyed with the idea of learning the Irish language, but I’ll probably never get around to it. I like the idea of speaking Irish, but I know I’m unlikely to ever use it.

This isn’t another superhero movie or Vin Diesel action film; but more thoughtful viewers will enjoy it. There are no car chases, but there’s plenty of conflict, violence, and mayhem.

Black ’47 also includes a number of scenes in the Irish language, which delighted the language aficionado in me. 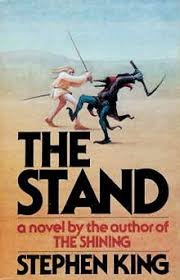 The Stand is not my favorite Stephen King novel, but it’s near the top of my list. I’ve read it at least twice (the first time in 1984). 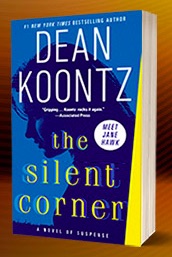 No one is going to suggest that Dean Koontz couldn’t get a contract with New York-based legacy publisher. (He already had such a contract.)

Koontz said in an interview that Amazon is more attuned to modern marketing and distribution methods.

Check out the benefits of Audible Plus!