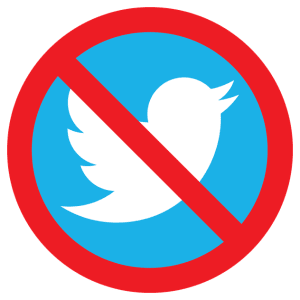 This moment of crisis brings both danger and opportunity.

Using Wednesday’s events at Capitol Hill as a pretext, the titans of Big Tech have shown themselves in recent days to be the closet totalitarians that we always suspected they were.

Two conservative Twitter accounts I follow–those of Lisa Boothe and Allie Beth Stuckey— report that they have lost thousands of Twitter followers overnight, as Twitter censors have arbitrarily deleted thousands of accounts.

This is probably just another case of censors protecting us from “violence”. As you can see, both Boothe and Stuckey are very dangerous-looking characters. They are almost as fearsome-looking as Ashli Babbitt, the young woman gunned down by DC police earlier this week at Capitol Hill.

A green light to censor

This is not going to get better in the near future. We are now less than two weeks away from the beginning of the Biden administration, and Democratic majorities in both houses of Congress. Jack Dorsey, Mark Zuckerberg, and their peers believe that they have a green light to do whatever they want. In the short term, at least, they probably do.

The dual nature of a “crisis”

I was never comfortable with the idea of so much expression on the Internet being controlled by a few companies run by a handful of people. This was always a recipe for trouble, the particular circumstances of our present culture war aside.

The Internet before social media (up until about 2005) was wild, free, and diverse. There were always mechanisms in place to deal with genuinely evil content—actual incitements to violence, child pornography, etc. We had laws before we had speech czars at Twitter and Facebook.

What we did not have on the Internet before social media was the constant fear that any partisan statement with a conservative spin could be used as a pretext by a Twitter mob or a Facebook censor to shut you down. Although I’ve referred frequently to Mark Zuckerberg and Jack Dorsey, most of the corporate censors at Facebook, Twitter, and YouTube are low-level employees in their twenties and thirties. Most Twitter mobs are comprised of “woke” twentysomethings.

That’s the danger. Here’s the “opportunity”. If you’re a writer, blogger, or other creative professional, take this as a cue to create your own platform. Build your own website. If you really miss the social aspect of social media, then join forces with a handful of likeminded creators, and build something together.

I’m not saying you have to recreate Twitter. How about a WordPress blog?  That’s how many of the Internet’s great group blogs got started.

“Organic reach” on Facebook, Twitter, and YouTube has been abysmal for years, anyway. A few years ago, Mark Zuckerberg decided that he wanted creators to pay for traffic on Facebook, rather than getting it organically (for free). This was unrelated to the present political troubles. This was simply a matter of Zuckerberg wanting musicians, writers, and bloggers to pay for every fan engagement on his site. Every creative who still uses Facebook as a marketing platform does so with paid ads. And this has been the case for at least three or four years.

The solution: build your own platform, and patronize independent platforms

If you’re a content creator/influencer seeking an audience, build your own platform, either by yourself, or with a handful of other creators who share your goals, vision, and values.

If you’re an online “lurker”—someone who mostly consumes content— find independently run blogs to start visiting on a regular basis. Most will allow you to chime in with comments of your own.

Obviously, I would be flattered if you made Edward Trimnell Books one of your online daily stops. But if this blog and this proprietor are not to your taste…no worries! Find other ones that fit your needs. There are plenty of them online. But whatever you do, don’t hang out on Facebook, Instagram (owned by Facebook) or Twitter anymore.

The only way to break the iron grip of social media is to stop using it. This is a task for content creators and consumers alike.

Let Jack Dorsey, Mark Zuckerberg, and their employees have Facebook and Twitter. We’ll take the rest of the Internet.

Lee McCabe is on the run from the law, mafia hitmen, and rural meth dealers. A gun-blazing chase through the badlands of Kentucky.