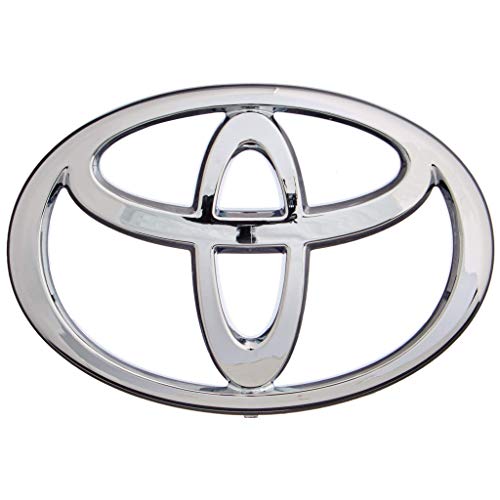 As some of you may know, I worked for Toyota between 1998 and 2011. For about three of those years, I was the company’s lead fuel pump buyer.

It therefore struck me as more than a little ironic when my Toyota Avalon got snared in Toyota’s latest recall mess, involving low-pressure fuel pumps.

I first heard about the pump recall back in January. I knew then that my car might be included, but I didn’t know for certain until I received the letter in the mail yesterday from Toyota.

The letter describes the problem as follows:

The subject vehicles are equipped with a low-pressure fuel pump which may stop operating. If this were to occur, warning lights and messages may be displayed on the instrument panel, and the engine may run rough. This may result in a vehicle stall, and the vehicle may be unable to be restarted.

What this means, then, is that you may be driving down the interstate in your Toyota, and the car may basically stop working. Oh, and you won’t be able to restart it, either.

No, worries, though, because…

In other words, “We’ll get back to you! We hope you don’t die in a fiery crash in the meantime, when your vehicle stops abruptly in 90 m.p.h. traffic.! Have a nice day!”

I also experienced a twinge of gallows humor when I noted the “FREE OF CHARGE” part. Of course, the fix (when and if it ever comes) won’t really be “free” at all. You’ve already paid for your Toyota, after all. It’s not like Toyota is giving you a lifetime supply of free pizzas in exchange for your trouble. And until Toyota gets its ducks in a row, you’re incurring  a considerable risk as you drive your expensive vehicle .

In the big scheme of things, of course, Toyota is a good company. They make quality products…for the most part. If that weren’t the case, I wouldn’t still be driving a Toyota. I haven’t been eligible for the employee discount for almost ten years, after all.

There is a set of processes and philosophies for handling problems like this, known as “the Toyota Way”. A full explanation of the Toyota Way is beyond the scope of this post; but suffice it to say that the Toyota Way works, when practiced faithfully.

The larger problem at the US division of Toyota, however, is that it is becoming more of a typical large American company, with the attendant lackadaisical and self-serving mindsets. Since the early 2000s, the US division of Toyota has been transitioning to American management. When selecting key US management personnel, Toyota’s Japanese executives have not always chosen well.

By the time I left Toyota, a relatively small group of American managers were already making most of the company’s day-to-day decisions. This group did not have the confidence of most rank-and-file employees. The new management changed the mood and the internal sense of trust within the company, and not for the better. This corresponded to a drop in morale, even when I was still an employee.

I maintain contact with a few of my old Toyota friends. According to them, the situation has grown worse in recent years.

How Toyota botched the fuel pump recall (so far)

But some employees are always disgruntled, right? Fair enough. But a disgruntled customer is another matter.

The letter Toyota sent me basically said that my car has a serious problem, without giving me a precise timeline for fixing it.

When I was an employee at Toyota, I never would have been permitted to tell a senior manager that I would fix a serious problem at some undetermined point in the future. As every employee of Toyota knows, you always nail down the schedule.

So in this case, at least, Toyota didn’t practice the Toyota Way. That represents a major failure on the company’s part, when addressing a serious safety issue that affects 700,000 vehicles.