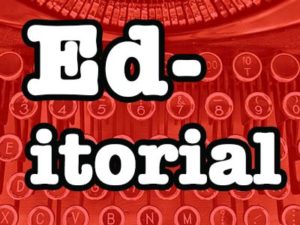 There is a predictable evolution that can be seen in all online communities.

I’ve witnessed it over the last fifteen years, in at least four online communities that I’ve been a part of.

At first, the online community is comprised of a small group of individuals who have gathered to share their enthusiasm for a specific topic. They freely exchange advice.

And then the community reaches maturity.

The numbers grow, and people inevitably start marketing books, courses, etc. to other members of the same online community.

We’ve definitely reached this point in the indie authorspace. (We reached it several years ago, in fact.)

Let me say, first of all, that I see nothing intrinsically wrong with this practice. I’m a proud capitalist, after all.

Moreover, I’ve benefited from a handful of these courses and books myself.  I’ve especially benefited from the work and advice of Dean Wesley Smith, and Kristine Kathryn Rusch. I am also a weekly listener of several indie author podcasts, including: the Science Fiction & Fantasy Marketing Podcast, The Creative Penn, The Sell More Books Show, Mark Dawson’s Self-Publishing Formula, and—most recently—The Career Author Podcast.

These are all great sources of information, and I recommend them highly.

But the indie authorspace is—to put it bluntly—overcrowded, and the market is oversaturated. (Even Joanna Penn, once endlessly optimistic that “there could never be too many books”, has belatedly recognized this.)

There are now over 3.4 million books in the Kindle ebook store.

Ten years ago, the challenge for indie authors was to prove (to themselves and to others) that indie publishing is a legitimate alternative to a reliance on the New York-based legacy publishers.

Much has changed over the past decade. We’ve seen the big-time success of Andy Weir, Mark Dawson, Blake Crouch, JA Konrath, Amanda Hocking, and numerous other indie publishers.

Meanwhile, the collapse of brick-and-mortar bookstores has made New York’s stranglehold on traditional methods of distribution less significant.

We also see the rise of the so-called “hybrid author”. More traditionally published authors are either self-publishing, or going with small, entrepreneurial presses. (This is especially prevalent in genre fiction, as the New York publishers are systematically jettisoning any title that doesn’t have the mass-market appeal of the latest John Grisham or James Patterson thriller.)

Okay, so self-publishing is no longer a stigma. (And for what it’s worth, it’s been a long time since I’ve seen an impassioned argument on either side of that debate. The fundamental legitimacy of self-publishing appears to be a settled question.)

But if obtaining the permission and resources to publish is no longer a problem, discoverability is now a massive challenge, in a market that can only be described as over-saturated.

Discoverability still isn’t a major problem if you write ultra-niche fiction. I recently learned that there is actually a category called “billionaire reverse-harem romance”. The (exclusively female) readers for these novels congregate in online communities dedicated to this topic, and they’re easy enough to find.

But this doesn’t describe the situation of most indie authors.  Suppose you write generic legal thrillers, in the tradition of John Grisham. Your online reader community is far more difficult to locate.

All indie authors, however, are aware of one concentrated, relentlessly passionate online community: the indie authorspace.

Lots of author communities. Easy to find online. We all know where they are.

This is what makes it so tempting to say, Hey, I’ve learned a lot about self-publishing. Maybe I could monetize that knowledge!

Or maybe you start yet another podcast. Or you attempt to host your own convention for indie authors, as many of the established podcasters are now doing.

And if you’re really business-minded, you bill yourself as a consultant to other authors. This seems to be the latest trend. As newbie authors become increasingly desperate for any leg up in the crowded marketplace, more and more second- and first-tier indie authors are hanging out their shingles as fee-based marketing consultants.

I reiterate: I am a capitalist. I therefore have no moral or ethical objection to any of this. I would much rather see indie authors coming up with innovative business models, versus petitioning the government for subsidies.

At the same time, though, there is a fundamental economic constraint to keep in mind: There is only so much money in the indie authospace. This is not a community of stockbrokers and heart surgeons. This is a community of artists, most of whom are making less than what an ambitious Walmart employee could make.

I interpret this trend of authors scrambling to sell their books/advice/services to other authors as a sign that the indie author community is due for a major shakeout. A shakeout is the inevitable consequence in any market that is oversupplied, vis-a-vis the demand.

If you’re an indie author (and I suspect that you are, if you have read this far), I’m not going to attempt to play dictator here, and tell you that you can’t become the next Chris Fox, Joanna Penn, or Dean Wesley Smith by rebranding yourself as a writing advice guru.

I would, however, suggest that you do some soul-searching before you go this route. As a fiction writer, your focus should be on readers, not other writers. Let’s not forget that Stephen King had been a best-selling author for twenty-five years before he wrote On Writing.

Furthermore, you may already be too late. It is only a matter of time before the marketplace of authors selling expertise to other authors becomes oversaturated, too. I repeat: There is only so much money within the indie author space.