I rewatched this one tonight. (I saw it for the first time circa 2005, shortly after the movie was released.)

The Grudge brings together two of my longtime interests: Japan and horror films. 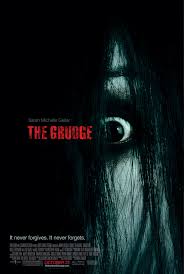 This is a fun movie. Not anything that is going to leave you pondering the world in a new way for days, or awake for many nights with the lights on. The Grudge relies on atmospherics, jump scares, and classic Japanese ghost story tropes. The characters are the  stock  types you expect in a movie of this kind.

That said, there are a few genuinely creepy moments. If you wake up at night and suspect that there is something under the covers with you in your bed, you’re officially advised not to look. What you see may be more than you can handle.

View The Grudge on Amazon