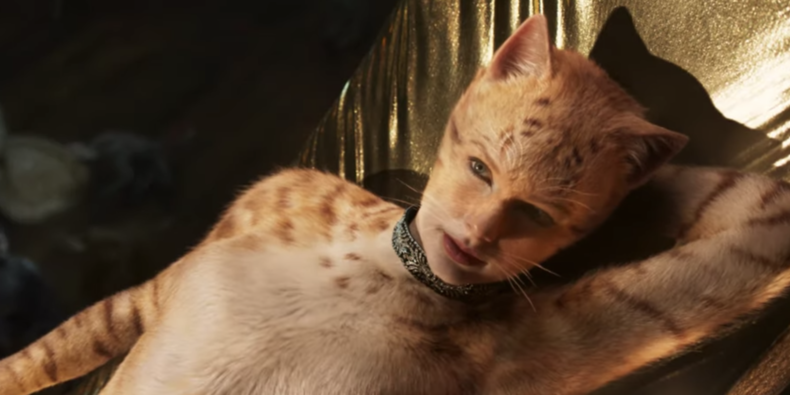 I just got a glimpse of the trailer for the upcoming film adaptation of Cats.

I think it’s pretty cool. And I am notoriously skeptical of anything that comes out of Hollywood.

Then there was this CNN article about the trailer, called, “The ‘Cats’ trailer is here and it’s horrifying the internet”.

Apparently some folks were indeed horrified…or perhaps simply unable to grasp that Cats is make-believe:

There’s a good chance your coworkers are all watching the “Cats” trailer, and there’s a very good chance they’re all horrified by it.

In a teaser clip released earlier this week, director Tom Hooper lauded the movie’s use of “digital fur technology” to create “the most perfect covering of fur.” When the cats were revealed, however — an uncanny amalgamation of the actors’ human faces and a feline-adjacent body — social media users were less than convinced.

Some were perplexed by the specifics of the cats’ anatomy: why the human/cat hybrids had breasts, for instance, or where exactly their tails protruded from.

We’re talking about…anthropomorphic cats. Of course, however you depict them, there are going to be logical contradictions.

Some folks on Twitter couldn’t get past the fact that the female felines had protruding  breasts…But where were the nipples?

Well, that’s because there is a human female actress inside the cat suit. And many human females have protruding breasts.

For the past twenty years, the cult of political correctness has taught us that we have to comb through  every element of culture looking for reasons to take offense. The result is that we now over-analyze absolutely everything.

(One thing I’ve noticed about many Millennials: They are unable to look beyond the literal, and think in abstractions. This is no doubt the result of this conditioning.)

Cats is a movie. It’s make-believe. See it or don’t see it. But if you’re “horrified” by imaginary, anthropomorphic cats, then you have much larger issues than the question of where these creatures’ tails protrude from.