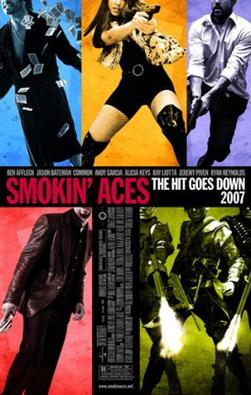 Along comes a movie that actually makes the films of Quentin Tarantino look tasteful by comparison. (And that takes some doing.)

But not even good actors (and all of these actors are good, even though Affleck is a political nitwit) can turn a turkey of a script into a good movie.

Smokin’ Aces was written and directed by Joe Carnahan, who seemed to be attempting to imitate the aforementioned Quentin Tarantino.

Watch it if you like…but don’t say that I didn’t warn you. I have.