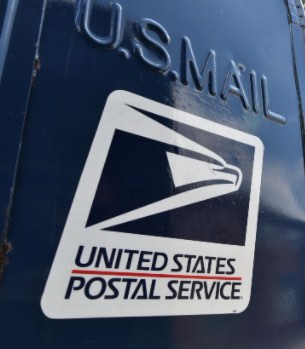 The election is only a few days away. Here is something that should concern you, regardless of your political affiliation: the mail.

Mail-in ballots are not new, of course. Proponents of the practice will defiantly tell you that US military personnel have been voting by mail since Gettysburg, or maybe even Valley Forge. That’s true…to an extent. Some US soldiers did indeed vote by mail in the election of 1864, at the height of the Civil War.

What is also true, though, is that in 2020 a record number of mail-in ballots will be cast. In several states, the volume of mail-in ballots will result in unprecedented delays in the tallying. Both the Trump and the Biden campaigns have acknowledged that we won’t know the results by the end of Election Day. It will take days, maybe even weeks, to know the results, in fact.

I’ve been watching US presidential elections since 1976. This has happened only once in my lifetime—in 2000. The protracted election of 2000 was a major ordeal; and compared to 2020, America at the turn of the century was a halcyon land of bipartisan unity.

No one can quite agree on the reasons, but the USPS is in the midst of a major slowdown. No, I’m not getting this from Fox News, Breitbart, or President Trump’s Twitter account. This comes from my own experience.

This means it took the U.S. Postal Service two full weeks to deliver a piece of first-class official mail from Columbus to Cincinnati, a distance of about 100 miles. The old Pony Express could have done much better.

I know: good enough for government work. But consider what that slowness is going to mean when millions of mail-in ballots inevitably clog up the system.

Extol the wonders of voting by mail to your heart’s content. Mail-in ballots are going to be a major problem this year. A source of many, many disputes on and after November 3. If you believe that mail-in voting won’t throw wrenches into this election, I have a bridge I want to sell you. (I’ll make you a good deal, too!)

Oh, and to make matters even worse, at least one mail carrier, Nicholas Beauchene of New Jersey, has been caught dumping ballots. Does anyone really believe that his is the only such case?

I hope I’m wrong. I hope someone finds this post on November 13 or November 23, and sends me a sarcastic email about how smoothly Election Day 2020 went. I rather think, though, that the odds are against that.