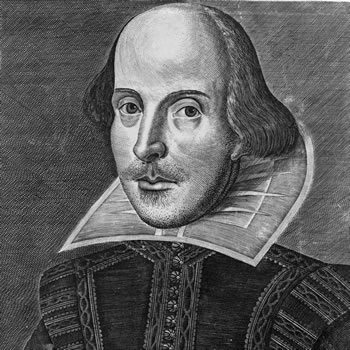 One day in August of 1986, I sat down before the desk of a Northern Kentucky University (NKU) guidance counselor to discuss my class schedule for the upcoming fall semester. I was an incoming freshman.

The guidance counselor began by asking me what I intended to major in during my four years at NKU. I told her either history or English literature.

She told me, in so many words, that I was an idiot.

“So what you’re saying,” she said, “is that you want to pay to read books. You can read books on your own time, for free.”

Needless to say, I was taken aback. This was several decades before it became fashionable to refer to callow young adults as “snowflakes”. Nevertheless, I was used to receiving almost unconditional encouragement from the adults in my midst. The ink on my high school diploma was still drying, after all.

I explained to her that English and history had been my favorite subjects in high school. She told me that that didn’t matter. What mattered was, how was I going to prepare myself to earn a living by reading Shakespeare, and learning about the Treaty of Ghent?

What are the liberal arts?

I will freely admit that I love the liberal arts.

What are the liberal arts, exactly? In short, they are subjects of fundamental, as opposed to applied, inquiry.

Imagine a group of students at one of the great universities of Europe during the Renaissance, say in…the year 1504. How many of them do you think were studying HVAC repair or managerial accounting? No, most of them were studying subjects like philosophy, mathematics, astronomy, and literature.

The liberal arts, then, don’t necessarily mean subjects for the numerically challenged, like literature and history. The liberal arts actually are divided into four categories: social sciences, natural sciences, mathematics, and humanities. Some of these require a substantial amount of number-crunching.

The problem with the liberal arts

The problem with the liberal arts, of course, is that it’s hard to make a living as a philosopher or a historian. In most cases, a career in the liberal arts means a career in academia. That can be an okay career, but there are only so many universities and so many open slots.

And you’ll need an advanced degree. As one of my college biology professors once told my Biology 101 class: “A Bachelor of Science in Biology qualifies you to sell shoes.”

Oh, and that was in 1987, when there were still mall shoe stores to give you a job selling shoes. Today, of course, people buy shoes from Amazon—where they buy seemingly everything else.

What should you major in, then?

Probably something that you see people doing around you, for actual money: nursing, engineering, accounting, and yes—HVAC repair. (The guy who works on my furnace and air conditioner is typically scheduled four weeks in advance).

This is a bitter pill to swallow for those of us who love books. It’s not that there aren’t books in the applied fields, but they are different kinds of books, and you’ll require a different kind of curiosity to get enthusiastic about them.

But trust me—it can be done. I finally ended up majoring in economics—yes, another field in the liberal arts! Later on, though, I took some accounting courses at the graduate level. Accounting can be interesting. Really, it can be.

Why should you be so coldly realistic when choosing a major? The answer is simple: money. With rising tuition costs, a college education is an investment. And every investment requires a plan for ROI (return on investment).

If this doesn’t seem immediately obvious to you (it didn’t seem obvious to me in 1986), don’t be too hard on yourself. Our system of higher education is still stuck in the early twentieth century in many ways.

Before World War II, a university education was largely seen as a “finishing school” for members of the upper classes. Most of them didn’t have to be too practical. They already had plenty of career options. Many went to work in well-established family businesses.

In the decades after World War II, the significance and the purpose of the university degree gradually changed. On one hand, by the 1960s, people from the middle and working classes were now attending university. That was a good thing. On the other hand, though, the 4-year university degree lost its scarcity value. And since people in the middle and working classes needed to earn money, they had to be practical when choosing a major.

These changes were already well underway in 1986, when I entered college. But I’m not going to lie to you: When I graduated in 1990, it was still possible to get a corporate, professional job if you had some kind of a 4-year degree—even in history or astronomy.

Yes, the engineering majors were most in demand, but few English lit graduates truly went without. Somebody would hire you. The only downside was, you wouldn’t be using your major. I graduated with a B.A. in Economics, but no employer ever asked me to draw a supply-and-demand curve, or estimate the marginal utility of some activity. (My first job out of college was a low-level sales job for a machine tool distributor.)

Nowadays, though, it isn’t uncommon to find twentysomethings with BAs in English working as baristas and waiters. I’m not gloating here, or saying that’s good or fair. I am saying that it’s harder than ever to get a decent-paying job with a liberal arts degree.

What about the liberal arts, then?

Here’s another confession: I still love the liberal arts, and I still think they’re vitally important.

To revisit the advice that the NKU guidance counselor gave me over thirty years ago: You can learn about the liberal arts without spending thousands of dollars in university tuition.

Likewise, most of the liberal arts have been covered in thousands and thousands of books, written by some very bright people. You can get books for free at your public library. Or you can spend a little money and get them on Amazon. (But you won’t spend even a fraction of what you’d spend to acquire a 4-year degree in one of these subjects.)

I wish the truth were otherwise. I love the idea of study for its own sake. But given the realities of tuition fees and the job market, you probably shouldn’t pay to take college courses in Shakespeare or European history.

You’d be much better off reading about these subjects on your own time. Go to college for engineering or nursing.

Or maybe HVAC repair. Remember that HVAC repairman who’s booked four weeks in advance. I doubt that there are many philosophers with four week waiting lists, and not many poets or playwrights, either.