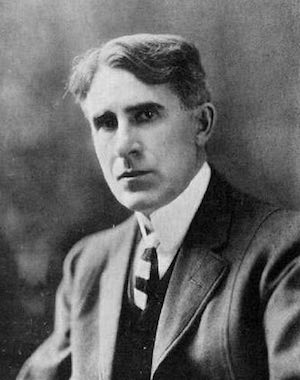 As I’ve mentioned before, I like to listen to audiobooks while I mow the lawn. This past weekend, I started listening to a new title, The Fugitive Trail, by Zane Grey. I had about four hours worth of yard work to do, so I made my way through about half of the novel.

I’ll confess that I’ve never been a big fan of westerns. This may be partly due to generational factors. I started watching television and movies in the 1970s, just as our culture was becoming more cynical and “ironic”. The post-Vietnam cultural shift diminished the market for the big John Wayne-style western, with all-American heroes, and unambiguous lines of good and evil. Watch a cowboy movie made prior to 1968 today, and you’ll find any number of violations of political correctness.

I’ve watched Clint Eastwood’s spaghetti westerns, the films he made with Italian director Sergio Leone during the Vietnam era. I generally like Clint Eastwood, but the antiheroes he plays in these films are not endearing. The John Wayne version of the cowboy, while arguably less realistic, is far more sympathetic.

Zane Grey (1872 – 1939) lived, wrote, and died long before our culture turned against itself in the 1960s. His most popular book, Riders of the Purple Sage (1912) was published the year the Titanic sank…before World War I.

I’d been vaguely aware of Zane Grey for years, of course. I’ve been told that my paternal grandfather was an avid reader of Zane Grey’s novels. (He used to read them during his breaks on the night shift at Cincinnati Gas & Electric, according to my father.) But I’d never gotten around to reading any of his books myself.

Until I happened upon a discounted audiobook version of The Fugitive Trail, that is. I began the book prepared for anything—including the possibility that I might hate it. But as chance would have it, I liked the book a lot.

Zane Grey was a master of “pulp fiction”. He wrote fast-paced stories with passionate heroes and heroines, driven by universal human drives.

Speaking of modern sensibilities: The heroine of The Fugitive Trail, a young woman named Trinity Spencer, is no helpless damsel in distress. She takes the initiative in determining her own outcomes, and has no qualms about standing up to the men in her midst. Imagine that: popular fiction had strong women characters decades before anyone was “woke”. 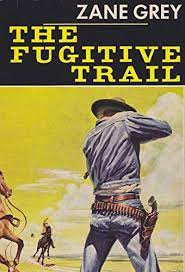 That said, some of the language and dialogue in the book is dated, even clichéd. But that’s part of the fun.

Zane Grey probably won’t become my favorite author. This is fortunate, I suppose, since he’s been dead for 82 years and won’t be writing any more books. But The Fugitive Trail won’t be my last Zane Grey book, either. I already have my eye on the aforementioned Riders of the Purple Sage.

Check out The Fugitive Trail on  Audible.com

(BTW: While not a western novel as such, fans of western novels (and good vs. evil adventure tales) may want to check out my Kentucky crime novel, Blood Flats.)