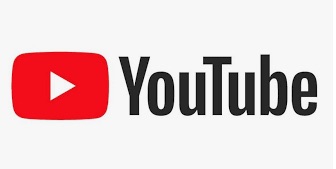 I’ve long been wanting to revive my YouTube channel. As of this past week, I’ve started putting some videos up. I plan to add many more in the coming days and weeks.

I haven’t done the YouTube thing for a few years. But when I do get into the YouTube groove, I tend to add content pretty quickly. This is because YouTube is a do-a-lot-or-do-nothing-at-all proposition. No one wants to see a YouTube channel with three videos uploaded, the last one six months ago. You should be active on YouTube, or not bother with the platform in the first place.

Speaking of content: I will do some promotional videos for my books, and maybe the occasional video about my writing process. For the most part, though, I’ll be adding audio versions of my novels and short stories for you to listen to and enjoy.

The quality of these recordings will be reasonably high. I record with a prosumer mic and Adobe Audition. I use a pop filter and do some basic editing.

I won’t, though, be adding some of the finishing touches that would ordinarily go into an audiobook for sale on Audible. For example: If I was recording a formal audiobook and made a minor flub, I would rerecord the segment. You’re charging money for an audiobook, after all. It has to be as close to perfect as possible. For these recordings, though, I’ll simply correct myself and go on, provided the mistake is minor and doesn’t break the story flow…just as I would if doing a live reading.

These recordings will therefore be higher quality than the typical live reading (which usually has a lot of background noise). But I reiterate: this won’t be Audible/ACX-level audio production.

This is perhaps best demonstrated by example. You can listen to the first story video below, from The Rockland Horror:

I am also working on some serials and stories that will be written specifically for the YouTube/online audio format. Writing for audio is a little different from writing for text consumption, although they aren’t mutually exclusive or mutually unintelligible.

Why am I doing this, in particular? you may ask. As is always the case here, I like to tell you folks as much inside baseball as I can.

There are two reasons: First of all, I enjoy performing my stories in addition to just writing and publishing them. I’ve always been a fan of the music industry. (I love 80s rock: Def Leppard, AC/DC, Rush, etc.) Writers should be performers, just like musicians.

This isn’t a particularly novel idea: Charles Dickens, a century before there were any rock stars, went on tour performing his novels before live audiences.

Secondly, this will give readers who don’t find me on Amazon another place to discover my work.

You may be seeing a lot of book ads on Amazon and Facebook of late. Everyone is standing out there with a billboard saying “Buy my book!” “No, buy my book!”

There is a place for advertising books. But nothing advertises like a free sample.

This is, by the way, how I discovered my favorite bands in the 1980s. I didn’t buy Def Leppard’s Pyromania album in 1983 because I saw an ad on Facebook. (There was no Internet or social media back then, for those of you under the age of thirty.) I bought Pyromania because I heard “Photograph” on MTV and FM radio, and I was instantly hooked. Just like a gazillion other teens of the Reagan era.

Anyway, my YouTube channel, aka “Ed Tube” is officially rebooted. I hope you enjoy the upcoming videos, and the stories inside them.