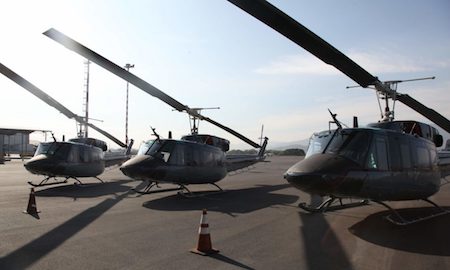 Many of my forty- and fifty-something friends have been complaining of late…about their own young adult children.

With very few exceptions, their kids aren’t what would have been called (in more plainspoken times) “bad”. There are no drug addicts or delinquents among the group. Most of the ones whom I’ve met seem polite enough.

The problem, rather, is a lack of motive force—a lack of ambition. Some of these kids are now approaching twenty-five, and still very much dependent on Mom and Dad.

Many of them still live with Mom and Dad. And they don’t seem in any big hurry to change the status quo.

Anxiety and depression—but relatively little to actually worry about

And the young’uns are anything but well-adjusted. Today’s teens and young adults—Generation Z—suffer from chronic anxiety in record numbers.

This is borne out in various statistics, but I’ve also seen it anecdotally, in my own social circle. I know of at least four young people (all children of friends and acquaintances) who have dropped out of college because of nervous disorders.

In one case (a friend of a friend), the young woman is so overcome with anxiety, that her parents have applied for Social Security benefits for her. Yes, really. Her parents don’t believe that she will ever be able to function, even though there’s nothing clinically wrong with her.

This epidemic of youthful anxiety is baffling. Today’s young people live in a world that is (statistically, at least) much safer than the one in which their parents grew up. Violent crime rates are a fraction of what they were in the 1980s.

Today’s young adults should be carefree, bold, and ready to take on the world.

But they aren’t, as both statistics and observation attest. So what happened?

Childhood changed, for one thing.

The timidity of today’s youth represents a marked contrast from my age cohort—so-called Generation X. I was born in 1968. I fall right in the middle of Generation X.

By the time we were in our early 20s, circa 1990, most of us were functional adults. We weren’t perfect, but we were independent.

We jumped into things, and we often made mistakes along the way. But we jumped in, nonetheless. We were aggressively risk-tolerant—sometimes to our own detriment.

At the age of twenty-two, I moved from suburban Cincinnati to Chicago, for my first “real job”. As it turned out, both the job and Chicago were mistakes for me. After three months, I got a different job—in Columbus, Ohio.

I wasn’t completely on my own. I had some help from my parents. The couch in my first apartment was a hand-me-down (from my grandparents, actually, I think). The first time I moved, my dad (then still in his forties) helped me. The second time I moved, my buddy and I rented a U-Haul.

I asked my dad’s opinions on things, from time to time. But no more than I had to. In fact, I solicited the opinions of my elders far less in my early twenties than I did later on, in my thirties and forties. In my early twenties, I was convinced that I could handle whatever or whoever came along.

Because that’s the way that I—and most Americans born before 1980—were raised.

Adulthood used to be something that you eased into gradually, from adolescence onward. When I was about twelve years old, my parents began decreasing their presence—and active involvement—in my life. Increasingly, they expected me to handle things.

This wasn’t child abuse, mind you. I had a happy childhood. But from an early age, I was taught to think of childhood as a temporary state.

This meant solving most problems on my own. Or at least taking the initiative.

A few years ago, a survey revealed that two thirds of today’s young adults can’t change a tire. I distinctly remember how I acquired that skill. I was driving my car, fifty miles from home, when one of my tires blew out. I walked to a payphone and called for help. I was told that at the age of nineteen, I should be capable of changing a tire. Because that’s what nineteen-year-old men were expected to do when they had a flat.

I had never changed a tire before. I decided, though, that I could figure it out. Somehow. And besides—that was the only way I would be able to get home.

So I sat down on the side of the highway, and I figured it out, with the traffic whizzing by.

This experience isn’t unique, among adults of a certain age. Every person in my generation has a story like that. Everyone from the Baby Boom generation does, too.

If today’s young people have anxiety, it may be because their parents convey the message that the world around them is unspeakably dangerous, and impossible for them to cope with—in any capacity—by themselves. Fear and incompetence are now ingrained in children from an early age.

There is a school bus stop at the top of the cul-de-sac street where I live. Every morning during the school year, rain or shine, I see six or seven cars lined up along the street behind the bus stop. The kids are all waiting on the corner for the bus, and the parents are all watching the children from inside their cars.

Let me pose an obvious question: Does it take six sets of parents to monitor a single suburban bus stop for kidnappings or other calamities?

Child abductions are actually quite rare in the United States. During my childhood years in the 1970s, I regularly waited for the bus by myself, at the end of my driveway.

What can I say? I’m still here.

The costs of helicopter parenting

The style of parenting that Generation Z (and many of the younger Millennials) grew up with is referred to as helicopter parenting. The image here is of parents hovering over their children as they move through life; and that’s more or less what happens.

Let me give you another example from the dark ages of my childhood. This would have been 1978, or thereabouts.

A very aggressive boy in my class had taken a disliking to me. I became the target of what could fairly be described as “bullying”. I was not a natural-born fighter. And all I wanted was to be left alone. But he had other ideas.

I appealed to several adults, including the boy’s mother. (She worked in the school’s cafeteria, as chance would have it, so I had access to her.)

The boy’s mother was dismissive of my appeals, as were the other adults I spoke to. I was told—in so many words—that two ten-year-old boys ought to be able to work out their disagreements between themselves.

My adult options exhausted, I started standing up to the kid. This eventually escalated to fisticuffs—which I lost. But I proved to the boy that if he picked on me, he would have a fight on his hands.

After that, he left me alone.

I know: This sounds downright brutal by today’s mollycoddling standards. But not when you look at the big picture.

Boys in the 1970s got into fights. It was a fact of life, and no one thought too much about it.  But as teenagers, we didn’t suddenly snap and and bring guns to school, with the intention of massacring our classmates. The fisticuffs and shoving matches that used to be part of childhood  performed a safety valve function of sorts. Conflicts came to a head before they could fester, and become homicidal rages.

Before helicopter parenting, children learned how to deal with allies, bullies, adversaries, turncoats, and “frenemies”. These lessons were often painful, and occasionally traumatic. But by the time you reached adulthood, you were generally capable of coping with the slings and arrows of life.

Which may have been why almost no young men in my generation became school shooters. Ironically, it may have been because we were allowed to fight on the playground as children.

It has become fashionable of late to blame the Baby Boomers for every real and imagined wrong in the world. But the Baby Boomers—whatever their other faults—weren’t helicopter parents. They were too busy working on their careers, and self-fulfillment, and all that other Me Generation stuff.

Moreover, the Baby Boomers haven’t been in their childbearing years for decades. The parents of most present-day teens and twenty-somethings are members of Generation X—born after JFK but before Ronald Reagan.

Why did the Gen Xers—who grew up under the hands-off parenting style of the Boomers—turn into helicopter parents?

Well, the social engineers of the 1990s can certainly be blamed, to an extent. (Most of these pointy heads were, in fact, Baby Boomers.) These were the educational experts who taught us that dodgeball is “legalized bullying”, and other such nonsense.

But it was the Gen X parents who believed the pointy heads, and accepted their childrearing prescriptions.Why were they so gullible?

Many Gen X adults—especially those who came from divorced households (what we used to call “broken homes”)—believed that the Baby Boomers had been too hands-off as parents.

And maybe they had a point. Some Baby Boomers did practice laissez-faire parenting in the extreme, after all.

Some Gen Xers therefore decided to overcompensate in the opposite direction. They became parents who literally live for their children—hovering over their children like helicopters.

Adulthood is a process

Many of these same parents are now frustrated that their twenty-three-old children display none of the drive, independence, and emotional maturity that they did at a similar age. But what else should the helicopter parent expect?

First you raise a child in a perfectly sanitized, hyper-safe, hermetic environment. Then you follow the child around, and protect him from every setback—not only bullies, but also the adversity of puzzling his way through a college entrance essay.

Then you expect her—at the age of eighteen or twenty-one—to instantly become the adult that you were at the same age. And in doing so, you’re forgetting how different your childhood was. You forget how your Baby Boomer parents prepared you for adulthood—by leaving you alone.

Adulthood is a process, not an event. That process often entails disappointments, setbacks, and yes—some inevitable risks. But those are all things that must be endured and overcome, if one is to become a functioning adult.

Helicopter parents can delay those trials. They can’t eliminate them, though, not unless they plan to live forever, and always take care of their children.

Collectively, Generation X has arguably been a disaster in the parenting realm. This was a disaster not of neglect, but of loving their children too much, of trying too hard to make their lives easy.

The problems of today’s young adults have demonstrated the false promise of the perfect childhood. The world is going to scar you, one way or another. That’s the way it is. A friction-free adolescence too often leads to an early adulthood in which one is incapable of meeting the demands of reality.

Just ask those young adults, who are perpetually struggling with depression and anxiety. Just ask their parents, who are waiting for the day when their long-coddled twentysomethings will magically grow up.