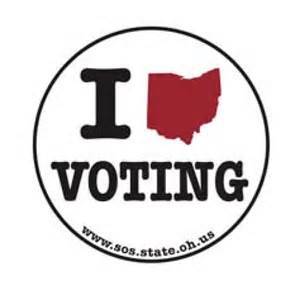 Hey, folks. We have an election coming up in just a few days—four, to be exact.

The GOP and Democratic Party visions for the next four years are radically different.

If you’re a reader of this blog, then you already know my feelings about the matter. I won’t rehash old arguments again in this post. (And if you don’t know where I stand, poke around a bit; it will become clear enough.)

I will, however, mention two related points:

Most states allow early voting. I voted here in Ohio more than two weeks ago.

Unless you have a loved one in intensive care (or some similar personal emergency of a life-or-death nature) virtually nothing you have on your plate over the next 4 days is as important as casting your vote.

I’ve been watching politics since 1976, and voting since 1988. Not every election in my lifetime has been critically important. This one is.

It’s okay if you’re distracted by the election.

With four days left, you might find your thoughts drawn repeatedly to the upcoming election. You might be thinking about politics more than usual.

That’s perfectly all right. Politics are important. While US politics have generally tended to be moderate, there are historical examples of politics affecting real people’s lives in major ways. You should give politics at least some of your attention.

I have never understood people who become emotionally invested in say, professional spectator sports, and then claim that political outcomes don’t matter. They do. A lot more than the outcomes of the World Series and the Super Bowl.

I’m mostly an optimist. I firmly believe that whatever the result on November 3, life will go on. But the next four years will be very different, depending on next Tuesday’s results. Make no mistake about that.

Don’t obsess; but don’t tune out, either. If this all feels like a matter of great significance, well…that’s because it is.