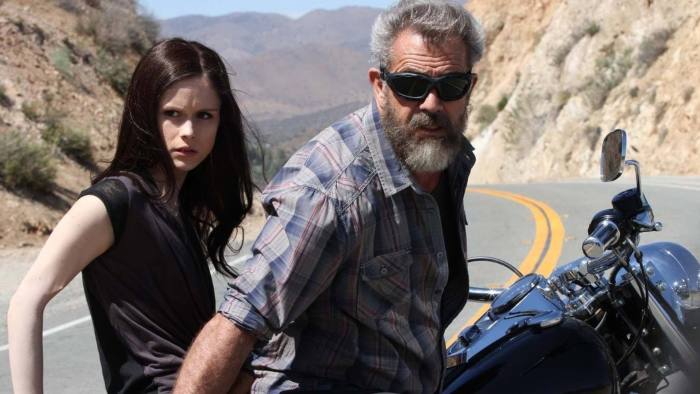 Mel Gibson is, to put it kindly, a “complex individual”.

But so are a lot of brilliant artists, writers, and filmmakers. Gibson has played key roles–both in front of and behind the camera–in some of my favorite films: Air America, Hamlet, Maverick, Braveheart, Hacksaw Ridge, and the much maligned The Passion of the Christ.

(Whatever your religious beliefs, or lack thereof, The Passion of the Christ is worth watching for the Latin and Aramaic alone. I do have religious beliefs, and I’m a language aficionado, so the movie was a winner for me on both counts.)

Blood Father (2016) is a movie about redemption of a more earthly kind. Gibson plays an ex-alcoholic, ex-con father who must save his young adult daughter (Erin Moriarty) from Mexican gangsters who are bent on killing her.

Blood Father has the action of a Jason Statham film, but it’s a lot more intelligent and believable than anything Jason Statham ever appeared in. Blood Father explores the themes of parental relationships and reconciliation, but it doesn’t veer into the sappy.

In short, it’s a good movie.

The material of Blood Father isn’t the stuff of the twenty-first century blockbuster. There are no superheroes, or spaceships, or teenagers performing magic.

Even in a more sophisticated era, Blood Father probably wouldn’t have been a blockbuster. It’s essentially the story of two people–a father and his daughter–evading and eventually fighting the bad guys. The fate of civilization isn’t on the line anywhere in this movie.

But a lot of small movies (White Men Can’t Jump (1992) comes to mind) can nonetheless be a lot of fun. The fate of the entire world need not hang in the balance every time.

Get Blood Father on Amazon!