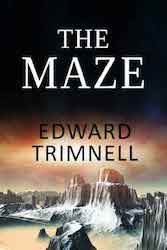 Evan had no idea what to make of Hugh’s advice. Did Hugh think that he was some kind of a child?

This sounded like the sort of thing his mother would have said years ago—on the few occasions when his mother actually noticed his existence. She would have told him to stay close while they were out at the shopping mall—not to stray away from her protection.

But why would his colleague say something like that now? He might be the youngster on the team, relatively speaking, but he was still an adult.

“What the heck are you getting at Hugh? Would you care to elaborate?” END_OF_DOCUMENT_TOKEN_TO_BE_REPLACED